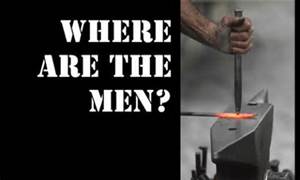 As I look at our nation and our churches, I believe it is plain to see that we are in a state of decline. Abortion, homosexuality, corruption, false teachings, and compromises of the gospel are on the rise. All the while biblical literacy, church attendance (especially among youth and young adults), and standing uncompromisingly on the Word of God seem to be trending down.

Churches all across this nation are closing their doors every day. Some are being turned into bars, tattoo shops, and clubs. As a society, we sanction the death of millions of unborn babies every single year. Since 1973, the passing of Roe vs. Wade, approximately 53 million legal abortion have been reported. To put these numbers in perspective, let us consider the Holocaust. While exact numbers will never be known, an estimated 11 million people were murdered from 1933 to 1945. That means that 5 times as many babies have been aborted than people murdered during the Holocaust! Churches, including some Baptist churches, have sanctioned and performed marriages of homosexual couples. Darwinian evolution is being taught as fact from some pulpits. We have become apathetic and developed an atmosphere of entertainment. The focus is being put more on the feelings of those attending church rather than the One we should be worshipping and His Word.

I think one of the reasons for this is a lack of godly male leadership and role models in the church and in the home. Men are given the responsibility of being the head of the household under the lordship of Christ (1 Cor. 11:3; Eph. 5:23), and the responsibility of overseeing and shepherding the church (1 Tim. 3:1-13; Titus 1:5-9). As men, it is our God given duty to see to the spiritual well-being of our families. We are to teach and demonstrate how to live godly lives to our children. Teaching them about God’s Word when we sit in our house and when we walk along the road, when we lie down and when we get up (Deuteronomy 6:7-8). We are to be leaders in our local churches. It is the duty of older men to be examples and mentors to younger men (Titus 2:1-8). It is the responsibility of younger men to be under the guidance of godly older men. This is the essence of disciple making. What better way to teach someone about the things of God than by investing time into a relationship and going through your spiritual walk together. I believe this is the example that Christ gives us in scripture on how to be a disciple maker. I believe these God given roles contain responsibilities that we as men, especially myself, have not fully lived up to.

There is still time to make a change. Jesus said in Matt. 9:37, “The harvest is abundant, but the WORKERS are few.” Let this be a wake-up call; let us commit ourselves to be WORKERS, to be FOLLOWERS of Christ in word and deed, and to be the GODLY MEN and the LEADERS we are commanded to be. Let us repent of our sins, for our apathetic attitudes, for not fulfilling the roles God has entrusted to us, for He is merciful and forgiving. Men of God, will you join me in this commitment?